12 Disadvantages of Dry Food for your Dog

We have highlighted 12 disadvantages of dry food for your dog. It is not easy to criticise dry food for its bad composition if you don’t exactly know what it contains. Dry food declarations are often difficult to understand and not clear for the customer.

Therefore, we have taken it upon ourselves to provide you all the information as to why there are multiple disadvantages to dry food. We have taken a closer look at the numerous disadvantages of dry food and have compared them with the benefits of feeding your dog wet food.

We have also included some self tests so  you can see yourself the impact dry food can have on your four-legged friend.

Below are 12 Disadvantages of Dry Food for your Dog… 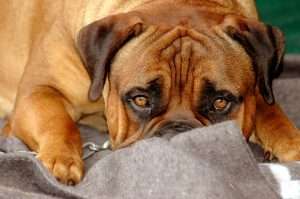 Although a dog is capable of being able to go without food for 2-3 weeks in an extreme circumstance, a lack of water in the body of the animals from 10% is considered extremely dangerous.

In the diet of dry food, the dog’s stomach absorbs any supplied liquid contained in the food. However, this is only around 10% in most dry food cases.

The consequences of a permanent shortage of moisture can have a sever impact on the dog. For example, internal organs can be damaged, diseases can develop and/or spread and the animals kidneys cannot be sufficiently flushed. Also, liver disease has been steadily increasing in recent years.

All these consequences are caused due to a lack of water present in the dogs body.

If you feed your dog only ordinary dry food on one day and a few days later feed exclusively high-quality and nutritious raw meat that has a moisture content of up to 85%, you can quickly tell the difference…

Your four-legged friend will drink considerably less when consuming wet food compared to during the dry-food phase. However, the dog will urinate significantly more. This is due to the high moisture content contained within the wet-food.

Also, after eating wet food or raw meet, the dogs faeces will be immediately softer and can be, for the animal, much more pleasant due to it being easier to squeeze out of the body. This is also similar to people as we can also recognise a healthy bowel movement and a healthy diet.

Due to its compressed, firm consistency, dry food is very difficult for dogs to digest. The briquettes must be split, which requires a large amount of water in the stomach, as well as a lot of space. However, this is simply not possible due to the anatomy of dogs and the size of their stomach.

Alternatively, if the food expands too little, the inferior nutrients are absorbed only in small parts and the rest of the mass is excreted and unused.

This not only creates a permanent shortage of nutrients, but also the amount of faeces significantly increases.

For a dog to sufficiently soften the usual daily ration of dry food in the stomach, they would have to drink around 4 to 6 times the food in water.

You can test this yourself by taking a full day’s meal and then trying to drink 4 to 6 times more of the whole. As you will find, it is not physically possible and even trying to reach this level would likely cause painful cramps in the stomach and could also cause other health implications.

The basis of dry food is mostly grains and/or cereals. It is a low-cost, long-lasting filler, which is used to compensate for the low meat content.

However, as mentioned on previous posts, our dogs are not omnivores. They are carnivores and need meat proteins in their diet!

With this in mind, dogs can only consume small amounts of grain and carbohydrates. Ideally, the limited amount of carbohydrates should come exclusively from the stomach contents of the prey, where the grain or carbohydrates were already pre-digested .

Even thousands of years of domestication have not changed the eating habits and needs of our dogs. Yet today, we use feed that is completely against the nutritional habits of our four-legged friends.

Also grain-free food is also affected by this problem. Grain-free food simply resort to an alternative carbohydrate source, but by no means do they contain more meat in their dry food composition.

Ultimately, when it comes to dry food, it can be assumed that it is an inferior food, which is absolutely not tailored to the needs and requirements of our dogs. 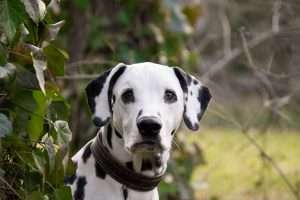 No food that is ingested by a dog can be completely processed by the body. As a result, substances and indigestible components are excreted.

The amount of faeces produced can quickly draw a conclusions as to whether the food is appropriate to the species or not. Of course, different types of feed also have different usability based on nutritional processes in the gastrointestinal tract.

The statistics and results are listed below:

It is easy to see that most of the dry matter ingredients leave the body unused. Of course, this not only leads to a shortage of nutrients in the long term, but the increased production of faeces also puts a heavy strain on the organs.

Before grain become apart of the dry food mixture, large quantities of it are usually stored in large granaries. This typically occurs long before the processing period and when preservation is necessary.

During the process of producing dry food, the adding of preservatives comes into play. In most cases, substances such as BHA, BHT, etoxyquin, formaldehyde etc are added. These are not only considered long acting toxins, but are also proven to be responsible for the development of allergic reactions in dogs (and cats).

However, many manufacturers resort to this tactic in an attempt to find a way around the declaration. If you ever see the words “free of preservatives” on packaging for dry food, questions should be raised.

Many manufactures only provide information about what happens during the operations which occur during their companies phase of production. However, the manufacture does not have to mention or declare whether the grain will come into contact with preservatives during the next phases of the production or when the food has been passed on to the next element in the chain.

Like preservatives, sensory additives also play a major role in dry food. This is due to the small amount of meat contained in the feed. It tends not to have any smell nor taste particularly pleasant for the dog. Therefore, the manufacturers rely entirely on the addition of sensory additives that provide both an intense odour experience (which is necessary so that the dog is interested in the feed at all) and an intense taste experience. These additives ensure that the dog eats the food.

If these additives were not added to the feed, the dogs would not be interested in the food. As a result, this would deter the owner from buying that brand of dry food again.

Relating to previous points, the addition of additives is not natural in a dogs diet and dry food which includes sensory ingredients is at the expense of the health of the animal. 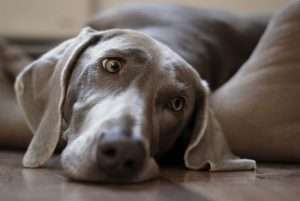 7. Damage to Teeth and Gums

The pH of the saliva is permanently changed by the influence of dry food. As the dry food in the stomach absorbs any liquid, it produces a much more concentrated stomach acid. This in turn has a significant influence and impact on the formation of saliva. It causes it to have a high pH value, which not only damages the teeth but also contributes to the formation of tartar  in the long run.

Thus, a diet with dry food leads to severe tooth damage and decay which affects both the teeth themselves, as well as the gums (which is constantly attacked by the unpleasant acid regulation). Incidentally, this not only applies to conventional dry food from the supermarket, but also industrial feeds with high sugar content.

Since dry food consists mainly of carbohydrates and grains, which are converted into sugar, the dog’s body is exposed to excessive amounts of sugar from dry food. This usually leads to the dog becoming overweight, especially if they have a lack of energy or exercise.

Of note, vegetable proteins also provide a significantly less energy source for the animal compared to natural protein sources. A low energy source can directly contribute to low movement levels. In turn, this creates an increased chance of overweight issues for the dog. There is also a chance the dry food could rot in the stomach of the animal.

Subsequently, the rather unattractive mass can also include added chemical additives such as colorants, attractants and preservatives, which lack any naturalness. However, only with these added additives can dry food animal acceptance can be guaranteed.

The unappetizing pulp is then filled into a suitable mould, pressed under very high pressure (up to 300 bar) and brought into the desired shape. The whole mixture is then dried in temperatures reaching up to 400 degrees Celsius.

The extreme temperatures are primarily for the purpose of creating a long shelf life. Subsequently, only a residual moisture of about 4 to 6% remain with the whole mixture lacking any naturalness and nutritional value. 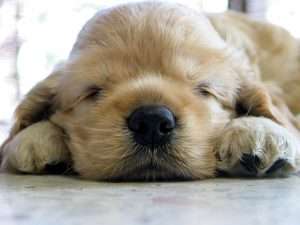 Grain and grain dust are mostly always contaminated with mites. These mites are considered the main cause of allergies in humans, but also in our pets. Mites can come through the in the form of cereal mites which can feed allergies.

Even sensitive animal feed, especially adapted to the needs of allergic animals, can be supplemented with cereals containing mites. The result is an unpleasant vicious circle that steadily promotes the allergies of our animals and increases their symptoms. 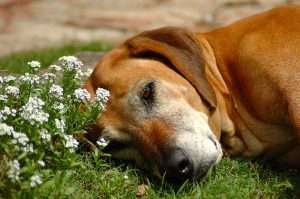 11. Dry Food can Provide an Ideal Habitat for the Growing of Mould

The composition of dry food can also provide an ideal habitat for the growing of mould. An infestation of mould or fungi on dry food is usually only visible when it is too late. This can create a major problem for the owner … and the dog!

An open sack of dry food can be stored for a very long time thanks to the numerous preservatives and heating. This created a hotspot for many types of mould and fungi to have a clear path to spread throughout the whole bag.

Since mould is suspected of causing numerous allergies, intolerances and even skin rashes, these consequences again put the animals health at risk.

Another problem with dry food is the risk of salmonella. In past tests, salmonella has been found many times in dry foods.

Although the dog’s stomach generally has no problem with destroying salmonella in the body and then excreting it via the faeces, constant feeding with contaminated dry food naturally leads to health problems and an excessive burden on the stomach acid.

Why does Dog Food contain Cereal?

We will be happy to hear your thoughts 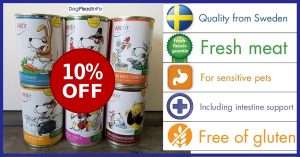 Can Dogs eat Peanut Butter? If so, which Type?

What is Organic Dog Food?

Why does Dog Food contain Cereal?

12 Disadvantages of Dry Food for your Dog

Any cookies that may not be particularly necessary for the website to function and is used specifically to collect user personal data via analytics, ads, other embedded contents are termed as non-necessary cookies. It is mandatory to procure user consent prior to running these cookies on your website.