Dry dog food usually consists of around a 3-11% water content, which is significantly lower compared to wet food.

Dry food is both convenient and usually cheaper than wet food. However, it often lacks nutritional value and is usually packed with preservatives and added flavours.

Originally, dry food was introduced during the Great Depression when the cost of animal feed was too high for most to afford.

Not even the humans had enough to eat, let alone our four-legged friends.

Due to the struggling times, dog owners turned to dry food as a favourable alternative compared to a high-quality meat and fresh food diet. The high cost of meat was simply un-affordable to most during the time.

World War II kept a similar state of deficiency in many countries. Only a small percentage of food was available and could be invested into animals diets.

Due to this, the popularity of dry food continued to increase. Despite the financial benefit of giving a dog dry food, there is also the ease of use and long shelf life which comes with this type of food.

These factors again increased the popularity of dry food among dog owners.

Why Animals can survive being fed Inferior Food

During the Great Depression and times of hardship, it became apparent that pets could survive and reach old ages despite feeding on inferior food.

However, the question has to be asked as to why we would continue to give low-quality, cheap, low-quality sources of protein if they were just enough to keep our dogs alive?

While dogs was previously considered a practical farm animal, today they often play a vital and inherent part in the family.

Therefore, it’s even more important to realise exactly what a dog requires in their diet and to understand how the dog food industry is putting their individual profit margins before the health of the animal.

More often than not, producers are not providing the dog with the nutritional requirements they need.

The feeding of dry food and industrially processed wet food causes numerous chronic degenerative diseases, autoimmune diseases, allergies, kidney damage, problems with the pancreas and the liver. The cancer rates are rising not only in humans, but also in our pets. This can create long-term problem for dogs.

So, if you value your dog and pet, you should seriously consider the nutritional impact on the food you are feeding your four-legged friend. We recommend seeking food options which contribute to a sufficient diet for your dog.

Why Dry Food is Harmful

Much has changed since the industrial revolution. The food industry now relies on products that are heavily processed, cooked and quickly prepared. However, these tend to lack in quality and nutritious value.

This runs true with not only human food, but also in the dog food industry.

The consequences related to over processed food are just as noticeable with humans as they are with dogs.

On the declaration sheet of dry food, there are numerous details which raise question to the actual composition and components contained within dry food mixture.

Particularly of interest if the claim of ‘fresh meat’, which is clearly stated on most dry food packages.

Of course, due to the influence of various preservatives and the extreme way of heating in order to preserve the food, the meat can no longer be described as fresh.

In addition, there are lengthy descriptions and complex word jargons on the packaging of many dog foods.

For example, the term “sugar”, is often referred to as sucrose, glucose, dextrose, caramel syrup, barley malt, grape sweetness, beet pulp and much more. This adds confusion for the customer to recognise what is actually contained in their dry food and doesn’t give a clear understanding of what is contained in the mixture.

Why Dry Food is Unsuitable for Dogs

As stated above, it is almost certain that dogs are almost complete carnivores. However, this is in contrast to 21st century way of feeding our four-legged friends. Dry food consists, in most cases, at least 60% carbohydrates, a very low humidity and minimal amount of meat protein.

The majority of the protein contained within dry food typically comes from purely vegetable sources. A diet reminiscent of the grazing of a cow in a pasture. This makes no sense in nutritional, physical or biological terms, given the originally diet of a dog. Despite this, we continue to resort to giving our dogs a dry food diet over and over again – but why?

Studies to prove that Dry Food is unsuitable for dogs

Of course, it is easy to put such theories forward without producing evidence, even if the theory itself seems logical. Researchers began interested in this topic a few years ago. There are two studies in-particular that caught our attention.

1. Study to prove the fatal consequence of feeding your dog dry food

It started in Stockholm, Sweden, under the leadership of Dr. Kollath. The study was designed to investigate and prove the fatal consequences of dry food.

For the investigation, young animals grew up under laboratory conditions and therefore ideally suited for the study. During this time, they were fed exclusively with cooked and processed food.

At first they appeared healthy and well-to-do, but with maturity they rapidly developed degenerative disease symptoms and the aging became premature.

Simultaneously, of course, there were also study animals that were fed exclusively with raw meat, organs and other animal components. Results showed that there was no premature aging and also the degenerative disease symptoms were absent.

2. Study to investigate the life expectancy of dogs who eat wet food compared to dry food

In Belgium, a similar study was conducted in which more than 500 domestic dogs were monitored and studied over a five-year period (1998-2002). The authors, Lippert and Sapy, could statistically prove that dogs with a home-made meat diet of high-quality foods, are significantly healthier than dogs that are fed with industrially manufactured pet food.

They also found that the life expectancy of dogs that received high quality food was approximately 32 months more than that of industrially fed animals – that’s nearly three years more!

Lack of Moisture in Dry Food

One of the biggest, but by no means the only problem of dry food, is the lack of moisture it contains. If we examine the natural eating habits of a wolf or wild dog, the prey is almost completely consumed. In the body of a rabbit, (which is clearly on the menu for a wild wolf!!) you will find a liquid content of around 70 – 80%. When the wolf eats the rabbit, this 70-80% moisture is consumed by the wolf, in addition to the raw rabbit meat proteins.

The same applies to our dogs which are fed with raw meat. A balanced diet of raw meat can have a moisture content of up to 80%. This moisture reaches the dog through the consumption.

In addition to the raw meat, the dog still drinks water. This means their body is optimally supplied with the required moisture.

However, dry food has a maximum moisture content of around 10%. This means the dog has a lack of supplied moisture during consumption and digestion of dry food. This has numerous physical consequences, as will be explained later in more detail.

Another dubious phenomenon of the dried fodder market is a wide variety of special diets that are tailored to the dog’s age, breed or even coat colour. This claim suggests that each of the dogs has completely different needs that are not related to their origin, but instead to its breed, race or age.

However, if you examine wild animals, you can quickly realise that this is completely unfounded. The coat colour of the animal has absolutely no influence on the needs of the animal. The same applies to almost every breed of dog.

The only exception to the breed requirements are wind and sled dogs as they should not be fed with industrially processed feed, since they have completely different needs than conventional breeds.

Even the age of the dog has only conditional influence on the needs of the animals. Of course, a puppy needs much larger quantities than a full-grown animal, but by no means other ingredients.

It is clear that the quality of food with ideal ingredients are key to a healthy dog. It does not matter what breed the dog belongs to or what age they are. The various specialisations are just one industry trick to increase feed sales and serve a broader market.

The disadvantages of dry food are absolutely devastating to the health of our domestic dogs. However, there are some alleged benefits that dog owners, manufacturers and even veterinarians apply to justify and promote the production and purchase of dried fodder…

However, these are without misconceptions that can already be revised with just a few arguments. Therefore, we would like to take a closer look at the alleged benefits and take a closer look at where they come from and how much truth they have behind the use of dry food. There are many mthys surrounding dry food. For more information, check out our post 10 Myths about Dry Food. 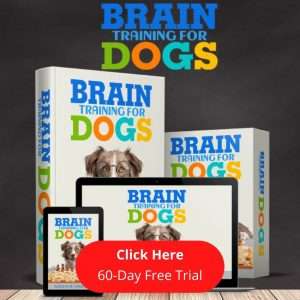 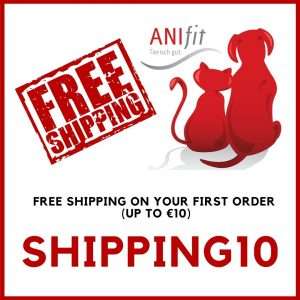 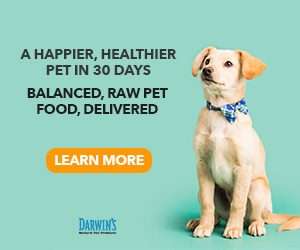 Can My Dog Be Fed a Vegan Diet?

Benefits of Chamomile Tea for your Dog

Can My Dog Have Chamomile Tea?

Why Do Dogs Eat Grass?